Breakfast with the Headteacher to Reward Top Students

Year 7 students at Tanbridge House School had a treat at the end of term when they were invited to a brand new ‘Breakfast with the Headteacher’ in recognition of their excellent academic performances over the term.

Mark Sheridan, Tanbridge’s new Headteacher, launched the new initiative after speaking to Year 7 students about what would motivate them to do well and how they would like to be rewarded for success. Students had commented on similar initiatives from their primary schools and explained how popular the rewards were.

Eight students were selected to attend the breakfast, based on their academic performances since the start of term. They tucked into croissants and hot chocolates, and chatted to Mr Sheridan about a range of topics, including the best things about being a THS student.

Mr Sheridan said: “When I spoke to some of our Year 7 students at the very start of my journey as Headteacher, they told me about this popular initiative from their primary schools and what a positive reward it was. I thought it would be a great way to recognise and reward academic excellence here at THS and I really enjoyed spending time with the students and chatting to them about their time at Tanbridge House so far.” 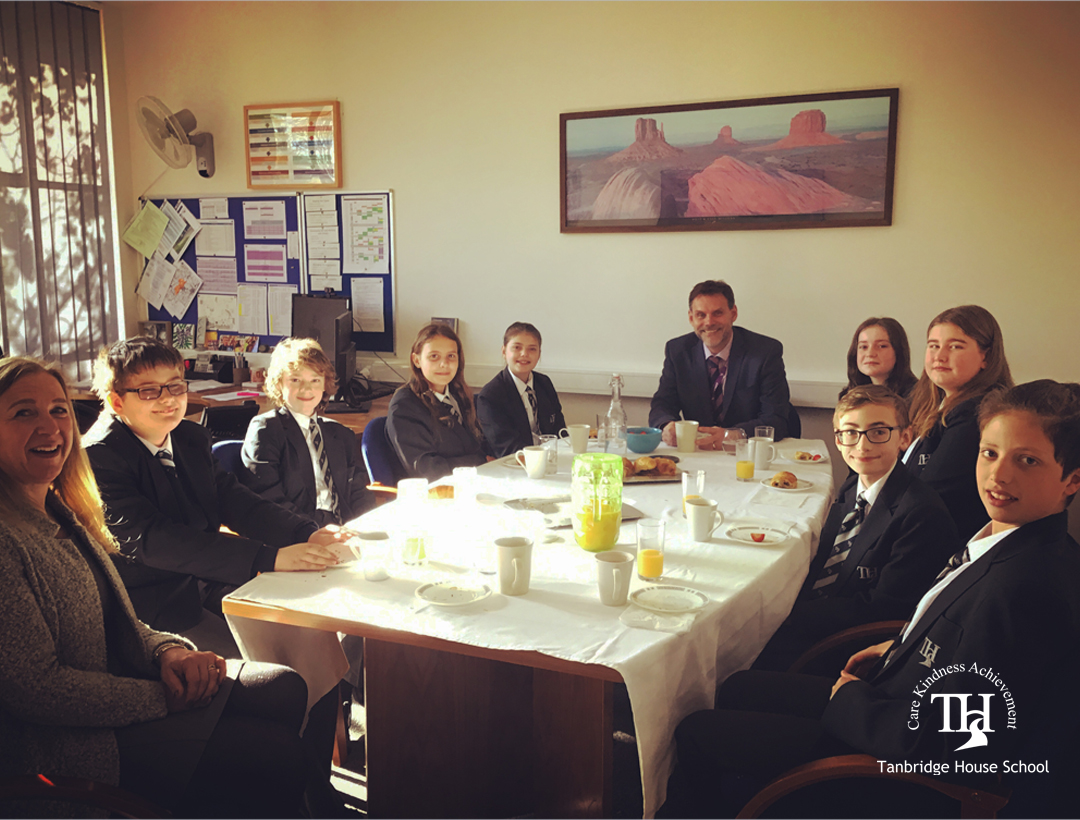