A new series of Tanbridge TED Talks launched on Tuesday 25 January, with a fantastic turnout from students who were keen to engage with some interesting and thought provoking topics.

TED Talks are free to access videos that 'present a great idea in 18 minutes or less'. They are filmed at TED Conferences , independent TEDx events, and other special events and allow scientists, researchers, technologists, business leaders, artists, designers and other world experts to present 'Ideas Worth Spreading'.

The new Tanbridge TED Talk sessions have been launched to allow teachers to share some of these talks with students; to inspire, challenge and engage them with new and interesting ideas. Each week,  a teacher will share a TED Talk of interest and lead students through a discussion/Q&A session after the shared viewing (time permitting).

The first session looked at the power of 'Why' with a popular leadership talk by Simon Sinek. Mr Allan led the session and shared with students that it was one of the first TED Talks he ever watched. Approximately 60 students attended the session, which took place in the English Learning Zone at PM Reg.

The second Tanbridge TED Talk, led by Mrs Curtis, will take place on Tuesday 1st February and will explore the the ethical dilemmas of self driving cars. Further planned sessions will explore the search for the ninth planet, and whether schools kill creativity. 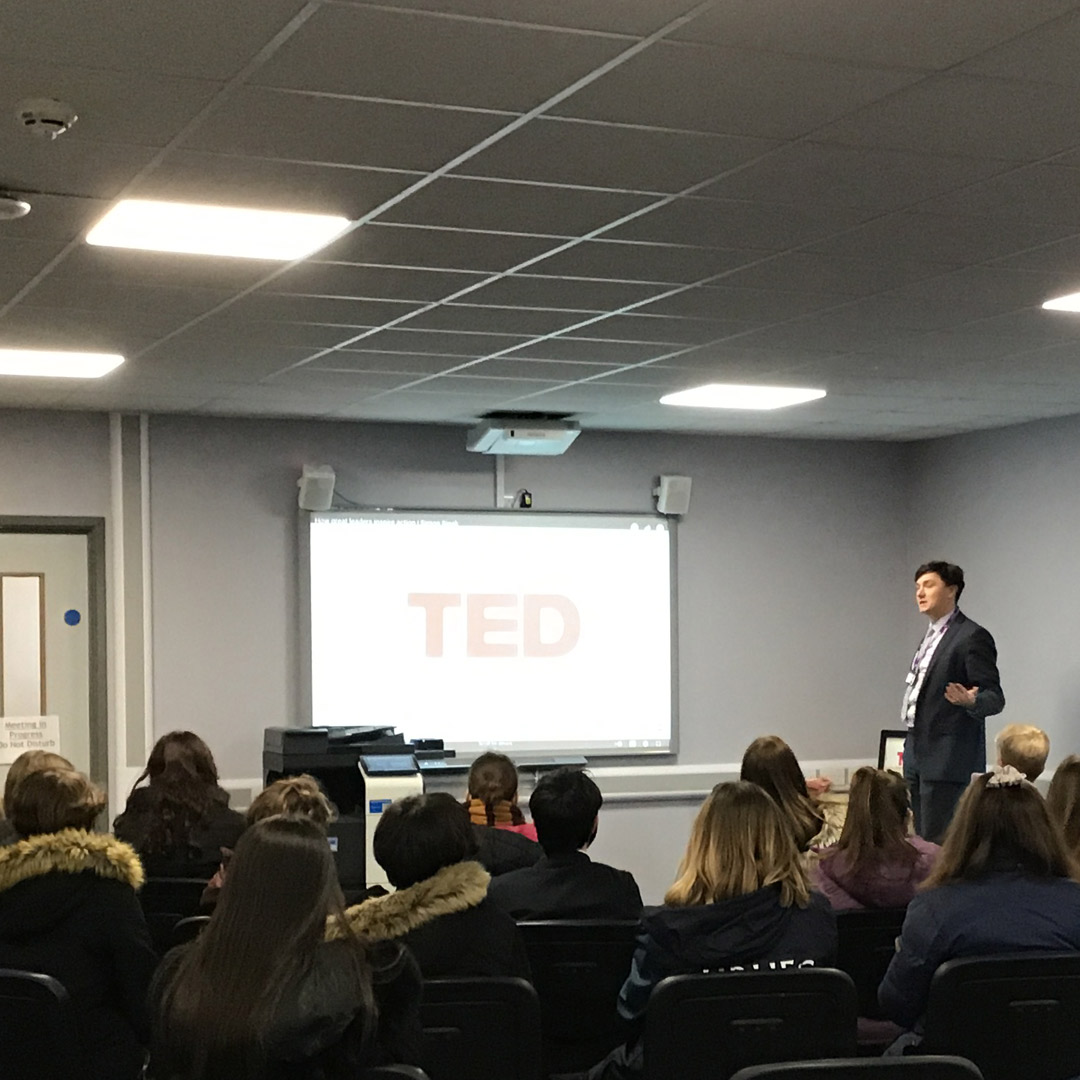