Two Tanbridge House School students have been celebrating this week after their creative writing work was published in a new book , “Letters to the Earth”.

In February 2019 the British public were invited to put pen to paper and write a Letter to the Earth. The invitation was open to all – to think beyond the human narrative and bear witness to the scale of the crisis. Members of the THS Writers Club were invited to take part and have a go.

Two of our students’ letters were selected to be published in the final book – alongside letters from Yoko Ono, Mark Rylance and Kate Tempest and with an introduction from Emma Thompson.

Letters of love, loss, hope and action were written by over 1000 people worldwide - from 4 year olds to great grandparents, authors, scientists, nurses and more.

Mr White, Headteacher, met with the students - Luke Jackson (12) and Benedict Winter (13) - to congratulate them on their achievement. He commended Benedict’s mature, brave piece of writing which was beautifully expressed. He also talked to Luke about his “superbly written” piece which calls on the reader to treat the world better.

Mr Shaw, English Teacher and Leader of Writers Club, said: “I am extremely proud of Benedict and Luke, who both wrote such creative and mature letters. Having their work included in this anthology, is an incredible achievement – over 1000 letters were submitted to this campaign.” 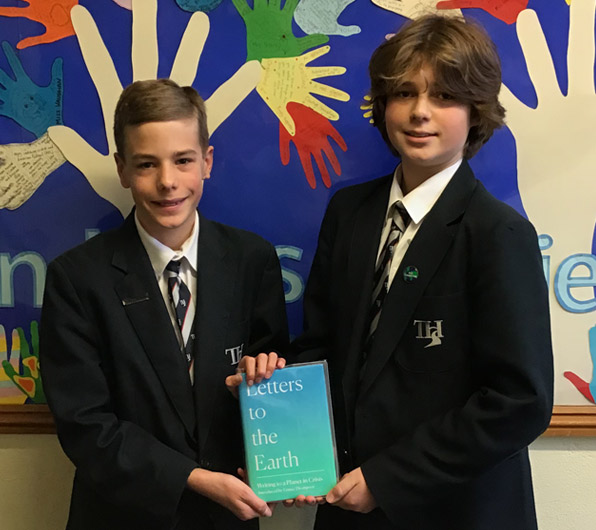