Victory for Girls U14 Football Team

A big well done to our Under 14s Girls Football Team, who have moved onto the next round of the Mid and North Sussex League, following an 8-0 win against St Paul’s on 19 January.

Four goals were scored by Jennifer, Kitty, Emily and Imogen (Captain), with the other four all scored by Jasmine.

Mrs Broughton-Byrne said: “This was fantastic performance from the Year 8 and 9 girls, having come away with a 8-0 win. An excellent team effort with the team solid at the back and very effective at winning the ball in midfield. Well done girls!” 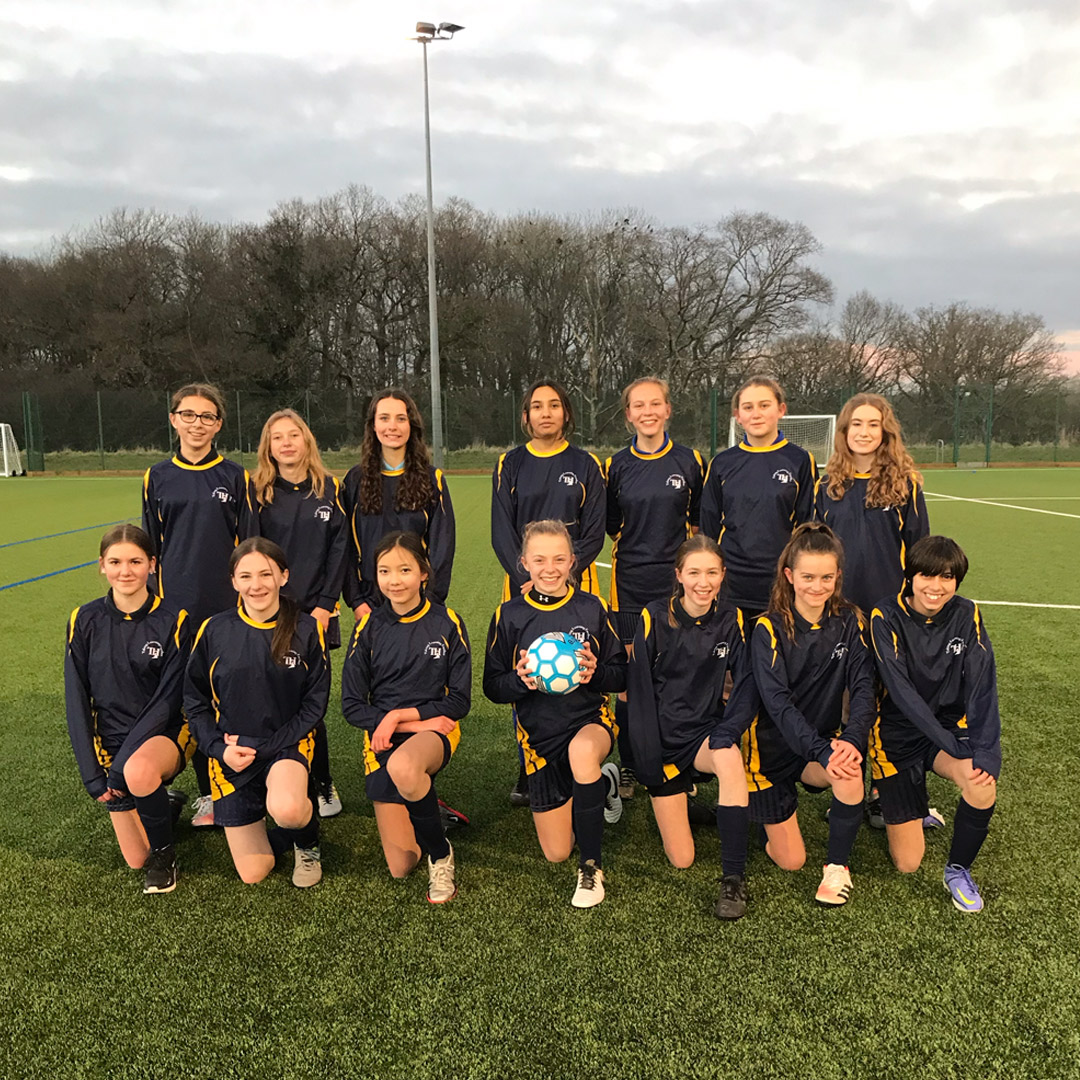